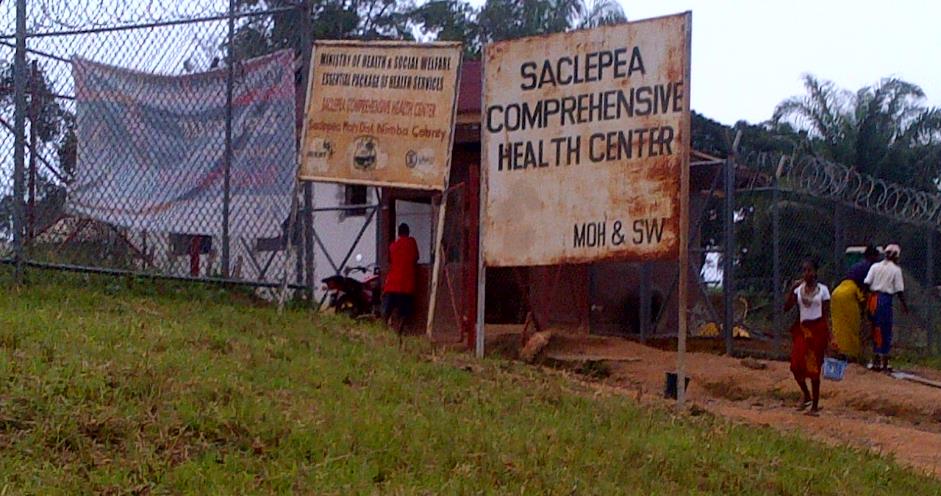 SACLEPEA, Nimba â€“ The Saclepea Comprehensive Health Center is set to receive 25 acres of land from the people of Saclepea after a dispute with a nearby family was resolved.

The land will be used for a proposed expansion of the hospitalâ€™s facilities, including the construction of residential quarters for doctors and nurses.

The agreement to donate the land to the hospital was reached last weekend following discussions between the townâ€™s elders and the Gundor family, who own property adjacent to the donated land.

Reginald Mahn, Inspector for Nimba County, explained to reporters that there were conflicts over the ownership of the land.

â€œWhen we started the survey of these 25 acres of land for the Saclepea Comprehensive Hospital, we reached at 75 percent and then the Gundor family filed a protest,â€ Mahn said.

He said based on the protest filed by the family, the countyâ€™s chief surveyor wrote to the superintendent asking for a prompt investigation into the matter.

Mahn revealed that careful investigation of documents provided by the Gundor family proved that they did not have any legal claims over the larger 250 acres of land that was given to the government for the purpose of resettling Ivorian refugees in 2003.

â€œWe looked at the documents very well,â€ he said. â€œThey had a certified copy of a land deed from the Ministry of Foreign Affairs. Another was an agreement between the elders and citizens of Saclepea that they have given 250 acres of land to the Government of Liberia through [the LiberiaÂ Refugee Repatriation and Resettlement Commission] for refuge purposes.â€

Mahn said the original agreement between the elders and the government had stipulated that the citizens of Saclepea could repurpose the land for another use after the repatriation of the refugees.

Mahn, who is originally from Saclepea, said he then arranged a meeting to resolve the dispute.

â€œThe meeting was fruitful,â€ the county inspector told reporters. â€œThe Gundor family and all parties involved agreed that the 25 acres of land be demarcated in favor of the Saclepea Comprehensive Hospital.â€

Anthony Gundor, who represented the Gundor family, appeared pleased with the results in his address to reporters.

â€œIt was good today to have all the parties involved present at the meeting and I think we are on a good note for now,â€ he said. Gundor said his family was not impeding development in Saclepea, but was merely trying to ensure that they were treated justly.

Peter Wonnakeh, the hospitalâ€™s administrator, has urged all Saclepea citizens to see the hospital as belonging to the community. He said the hospital was pushing for proper ownership of the land to allow the improvement of the facility to take place.