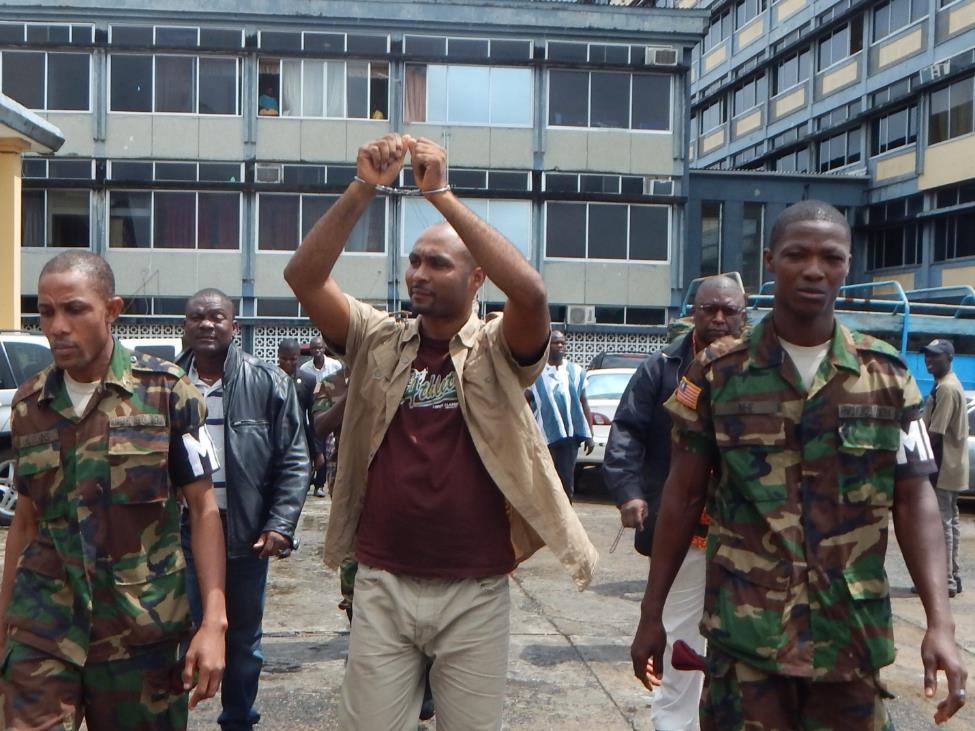 MONROVIA, Montserrado â€“ In the ongoing case involving Sergeant Melvin K. Tolbert, the Armed Forces of Liberia appears to have demonstrated negligence in meeting its obligations to one of its soldiers who was injured while on duty, according to documents provided to The Bush Chicken.

Tolbert was arrested on May 31, 2016, after he deserted the AFL on grounds that his five-year contract had expired, coupled with what he claimed was unfair treatment by his superiors in granting him proper medical care.

Military officials maintain that Tolbert remains an AFL personnel and they have demonstrated an unwillingness to allow him to leave the service.

Following Tolbertâ€™s arrest, his lawyers, led by Arthur Johnson, filed a motion on June 17 for his immediate release, alleging that government officials violated the constitutional rights of their client by detaining him at the Edward Binyan Kesselley Military Barracks in Schiefflin, Margibi.

The decision by Tolbert to leave the army stemmed from an injury he sustained as a result of a grenade explosion during training at Careysburgâ€™s Sande Ware Military Barracks on May 13, 2009, his lawyers indicated in their motion.

The explosion caused shrapnel and other foreign objects to be lodged into Tolbertâ€™s leg, necessitating treatment outside the country.

On March 7, 2011, Tolbert addressed a letter of complaint to Defense Minister Brownie Samukai about his condition.

â€œSince the incident, I have had two different x-rays with the help of my wife at the E.L.W.A. [Hospital] and [St. Josephâ€™s] Catholic Hospital showing pieces of fragments in my left leg,â€ he wrote.

Tolbertâ€™s lawyers said neither Samukai nor any army official properly attended to their clientâ€™s case to ensure that he received the international medical treatment that a doctor at John F. Kennedy Medical Center, Ernest Muvenandinda, recommended.

The AFL was, however, aware of Tolbertâ€™s situation, according to a document signed by Lt. Col. Anthony F. Norpah, commandant of the Armed Forces Training Command, where Tolbert worked. In the document, Norpah acknowledged that he was awaiting a â€œformal directive from the AFL headquartersâ€ to move forward on Tolbertâ€™s case.

In a testament to his frustration, Tolbert sent three other communications to the AFL, including one detailing his health issues, a letter announcing his decision to leave the AFL, and a letter of reminderÂ of the recounted various unresolved issues.

It was only after Tolbert had left the army and began working at the Liberia Revenue Authority in April 2016 as head of security that the AFL began its case against him.

Judge Boima J. Konto of Criminal Court A presided over the case until one of the four associate justices of the Supreme Court, Jamesetta H. Wolokolie, took over, convening a conference between concerned parties on June 28.

Tolbertâ€™s lawyers said as a result of the meeting, their client was ordered to be incarcerated for 100 days at the military barracks.

The Bush Chicken contacted David Dahn, the Deputy Defense Minister for Public Affairs, about the case including whether the government guarantees health coverage for AFL personnel who are injured while on assignment. Dahn said the matter was a military issue and refused to comment.

An AFL personnel who spoke on the basis of anonymity said the armyâ€™s handbook states that any personnel who sustains an injury while on assignment should be provided proper health care.

â€œThe court in its wisdom has to look into the human rights issues of Tolbert, a national security concern,â€ the source said.

The AFL staff indicated that the court has to be very careful in its decision so that the case does not serve as an impetus for personnel in the army to leave.

The army personnel also indicated that Tolbert is being tried in a civil court because there is a memorandum of understanding signed between the Ministries of Defense and Justice, noting that â€œthere is no court martial board at the military barracks.â€

While Tolbert was prevented from giving any interviews, in one of his communications to army officials, he expressed disappointment at not receiving any response from the AFL chain of command concerning his health.

â€œThe most frustrating part of my career shows that no one really cares about my situation,â€ he wrote.