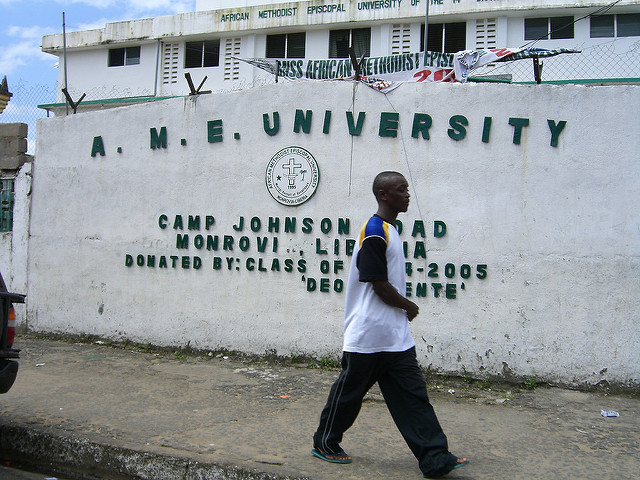 The four individuals â€“ two recent graduates and two administrators â€“ left the country last Friday on scholarships as a result of a Memorandum of Understanding signed between AME University and LEAD College of Management in affiliation with the University of Calicut. Rosemarie Terez-Santos, AMEUâ€™s associate vice president for institutional research, said the two graduates were recruited based on merits while the two staff members were selected by the university cabinet.

Terez-Santos, who led the negotiation between the two institutions, expressed confidence that the beneficiaries would prove themselves well in India.

The two recent graduates were high academic performers who were on Liberia’s Coca-Cola Bottling Company Scholars program. â€œTwo [of]Â them are astute students, one of them is a valedictorian and the other is the vice president of the last senior class,â€ she said.

Meanwhile, AMEUâ€™s President Joseph Isaac expressed his excitement about the scholarship. He said as an institution trying to grow, AMEU welcomes every program of such that will improve its human capacity. â€œGranting scholarship is what I believe in, so the relationship between AMEU and LEAD College of Management is very important to me,â€ he said.

Isaac said his university would ensure that LEAD College would also benefit including through a future student and faculty exchange program. This program will allow students and faculty members of both institutions to have different experiences of learning and environment.

Isaac said the university would support the beneficiaries during their studies. â€œThe staff will continue to get their salaries and the students will receive stipends,â€ he added.

According to him, after their two years of studies, the two staff members have agreed to continue working for the university, while the students will stay for at least three years to also work for the university.

As part of the five-year partnership between the two institutions, LEAD College will admit two students vetted and nominated by AME University for a two-year residential MBA scholarship program each year.

CORRECTION: An earlier version of the article included an incorrect spelling ofÂ Iseclia Taweh’sÂ name, along with the wrong titles for the two staff who received the scholarship. Featured photo by Kipp Jones.