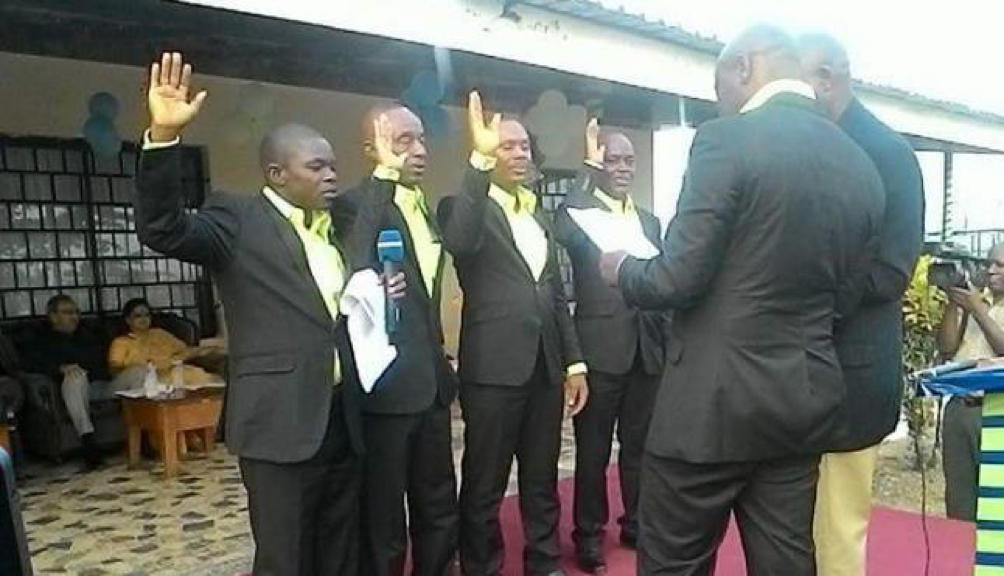 BUCHANAN, GRAND BASSA – This past weekend, the Liberia Agricultural Company Staff Association inducted several officers into its leadership, with the president of the Press Union of Liberia, Charles Coffey, serving as keynote speaker during the event.

The staff association is a sub-association of the Liberia Agricultural Company Workers Union of Liberia.

Coffey challenged the newly inducted officers to work with the company’s management to better their working relationship and to improve working conditions at the plantation.

“As leaders of the staff association, you are there to represent the interest of your colleagues,” he said. “In the same vein, you are to cooperate with the management team.”

Also speaking was the newly inducted president, Momolu Johnson, who said his leadership will be non-confrontational and will negotiate with management to improve the lives of employees at the company.

‘’We will be [as] reasonable as possible but we will also be tough when the need arises,” Johnson said. “Let me be emphatically clear that we will not let you down; we will do everything in our powers to seek your welfare and I know management will not take us for granted even though we might appear quiet.”

Johnson said the key issues his team would prioritize include a focus on successful negotiations with the company’s management, investment in real estate to sustain the organization, and provision of housing loans for staff members.

He thanked the past leadership, headed by Nicholas Barkon, for their numerous achievements and promised to do more to improve the working conditions of the staff.

Besides Johnson, Augustine Kaiheyah was inducted as vice president, Marcus Ricks as secretary general, Titus Dent as treasurer, and Sylvester Dupley as assistant secretary general. The team will steer the affairs of the association for the next two years.

For his part, the general manager of the Liberia Agricultural Company, Vijay Maira, thanked the employees and the association for their commitment. He said the company’s management stands ready to work along with the new leadership.