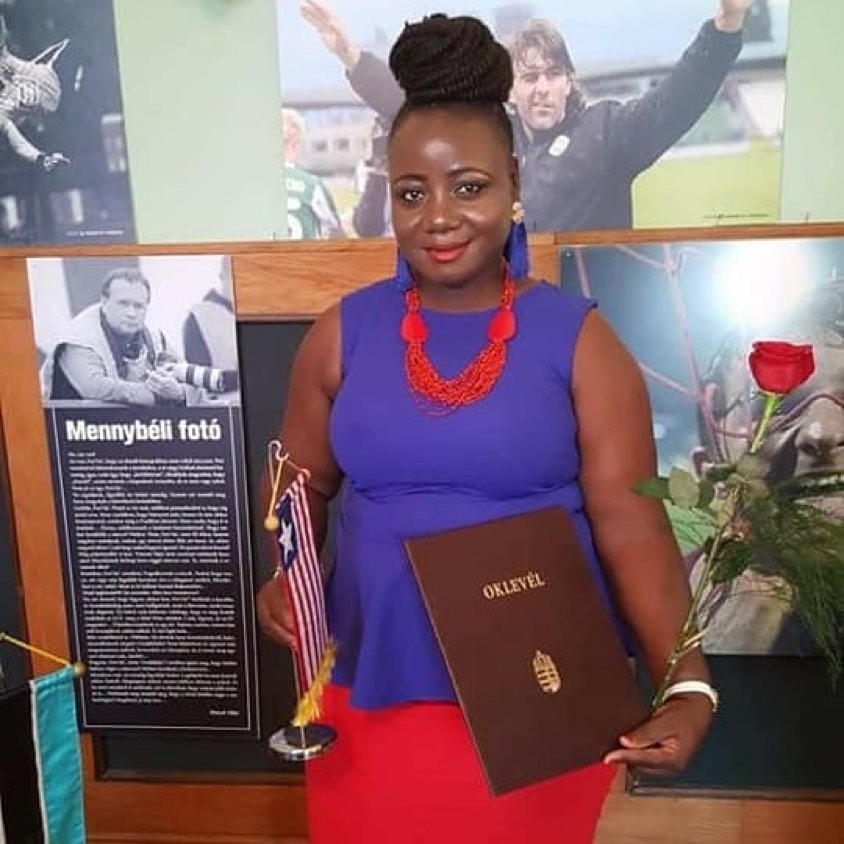 MONROVIA, Montserrado â€“ A sports medic for Nimba United FC and member of the Liberia Sports Medical Team, Massa Mongoue, has moved into a new career after being certified as a coach.

The former Nimba United medic has undergone a successful 11-week coaching practical and theorical seminar in Hungary where she was certificated.

In a Facebook post, Mangoue said although the process was difficult, she persevered and completed the training.

â€œTo be a coach is not an easy thing,â€ she wrote. â€œI nearly gave up, but I realized that [thereâ€™s] no easy way to success. It comes to my mind that to be like your role model, you have to go extra mile. I started my journey as a medic and now I’m a medic and coach, I’m proud of myself.â€

Brooks used her sports platform on Facebook, the Martina Brooks Sports Center, to congratulate Mangoue for her achievement: â€œCongratulations to former team medic of Nimba County Sports Association and Nimba United, Massa Mangoue, for earning an international coaching certificate. Miss Mangoue completed an 11-week theoretical and practical coaching training in Hungary this week. She traveled with Nimba United in 2016 for the CAF Champions Leagueâ€™s second leg clash with Union Duala in Cameroon. #WomanPower.â€

Mangoue is expected back in the country soon and will be looking forward in applying her new skills. Already, she is being sought after. A former executive member of the Liberia Football Association, Rochelle Woodson, who is also the current president of the female football club team, World Girls, said Mangoue needs to be given the chance to work as a coach if she returns to Liberia.

Woodson, who has fought for womenâ€™s empowerment in football, told The Bush Chicken that Mangoue will be appointed as the assistant coach of her club when she returns to Liberia.