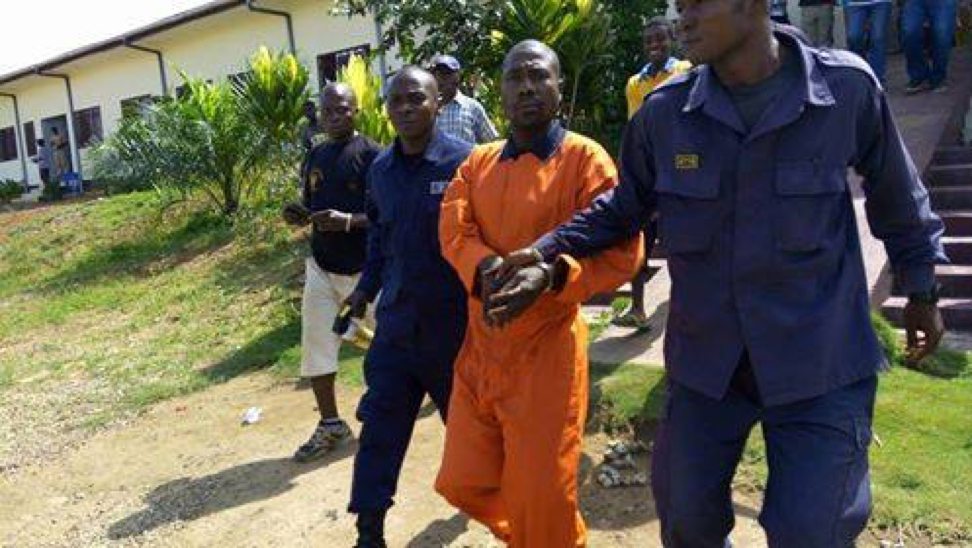 The court sentenced Porkpah to life in prison. During the opening of the trial, Porkpah had earlier on admitted to committing the crime, but appealed for forgiveness. Jurors later passed a unanimous guilty verdict on him, pending the judgeâ€™s ruling.

Porkpah, who also shot and wounded two hunters who had gone to assist officials to secure his arrest, told the court during the trial that he killed his victim because she was planning to end the relationship with him and return to her ex-husband.

In an unrelated case, the court also sentenced another man, Emmanuel Reeves, to life in prison for a statutory rape that occurred months ago in Kokoyah Statutory District.

Rendering the ruling on Wednesday, Judge Roosevelt Willie noted that both Porkpah and Reeves had committed â€œserious crimes against the state that have negatively affected families.â€

The court has been quite active this season, as it also began the trial for the murder of Angeline Kolleh. Kolleh went missing on July 7 in the Sugar Hill Community in Gbarnga. Her decomposed body was found with body parts reportedly extracted on August 7 in the same community.

Two men, Washington Turburyei, 19, and Junior Williams, 37, were arrested in connection with her death.

At the same time, police have arrested Janes Joe (Nyamah Joe), for allegedly setting ablaze her significant other house, subsequently killing his mother. Korpo Jallah was electrocuted while trying to quench the fire. The incident occurred on Tuesday night in the Rubber Factory Community in Gbarnga.

The head of the Crime Services Department of the Liberia National Police in Bong, Kelenso Flomo, said Joe was arrested along the Liberian-Guinean Border through Zota District.

Bong has in recent times had an unusually high number of murder and rape cases with many citizens in the county condemning the acts.

Two organizations, the Bong Christian Association and the Bong County Women Organization, staged a peaceful march in Gbarnga and petitioned authorities to fast track murder and rape cases on the docket of the court.