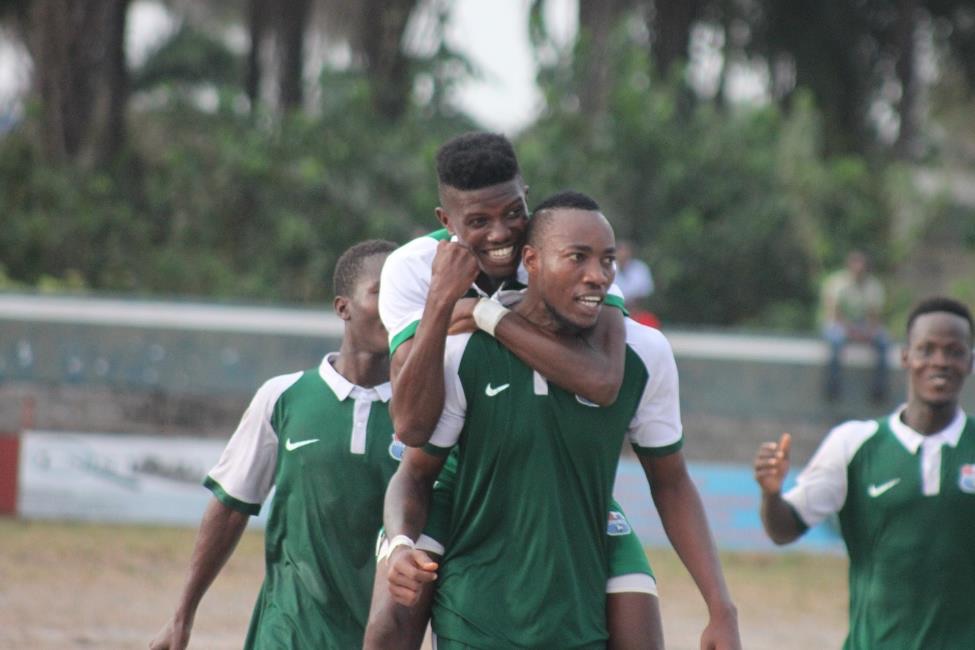 MONROVIA, Montserrado â€“ Week seven of the 2019 Liberia Football Associationâ€™s First Division matches were played over the weekend with the first shocking results which saw league leaders Watanga FC tasting their first defeat of the season to a lowly ranked team, Nimba FC, at the Ganta Sports Pitch.

However, Watanga bowed to a shocking defeat away at Nimba FC to leave the title race open. Hamza Wilson scored the only goal to defeat Watanga and give Nimba FC only their second win of the season. Nimba FC moved seventh on the table with eight points while Watanga remained at the top of the table but with 16 points from seven games.

Barrack Young Controllers and LPRC Oilers FC took advantage of Watangaâ€™s defeat to Nimba FC to close the gap among top-ranked teams. Barrack Young Controllers managed a 4-2 win over FC Fassell at the Blue Field to move to second place with 15 points. A brace from Mustapha Lomell and a goal each from Daniel Woto and George Kerkulah were enough to defeat an FC Fassell team that got their goals through Perfect Deah and Fred Momo. FC Fassell has not yet won a single game in the league as they sit at the bottom of the 12-team table with zero points from seven games.

Meanwhile, the 2016-17 undefeated league champions, LISCR FC, put behind them their poor start to the season as they collected their second successive league win and their third victory from five games.

The Shipping Boys went against all the odds to defeat Nimba United 1-0 at the North Star Stadium in Mount Barclay. Christopher Jacksonâ€™s first league goal of the 2019 league season handed Tapha Mannehâ€™s side the much-needed win as they moved fifth on the table with nine points from five games.

With two outstanding games, LISCR FC can still put themselves among the clubs in contention for the leagueâ€™s title. Nimba Unitedâ€™s second defeat in the league dropped them from the second to the fourth spot, with 13 points from seven games.

NPA Anchors FC missed out the chance of leveling with LISCR FC on points after playing to a goalless draw with Keitrace FC. The Port Boys moved up to eighth with seven points from six games while Keitrace FC remained tenth on the table with four points.

Meanwhile, Jubilee is still in search of the first win after drawing with Monrovia Club Breweries at the Antoinette Tubman Stadium. Jubilee is yet to win from the six games played so far as they have only managed three draws. They are 11th on the table with 3 points.