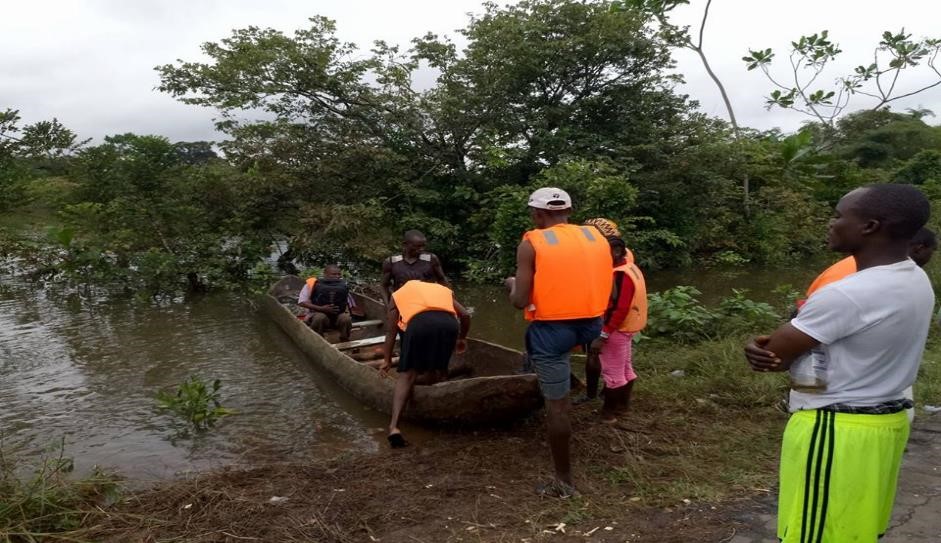 HARBEL, Margibi â€“ Barely two weeks after a canoe capsized in the Gbehn River between Unification City and Dolo Town, leaving five persons dead, twelve persons have been safely recovered after another canoe capsized on the Du River.

The incident occurred on Wednesday evening and all but one of the passengers were wearing life jackets.

The life jackets had been provided by Margibiâ€™s first district representative, Tibelrosa S. Tarponweh, in mid-2016 after the collapse of the Du River Bridge.

The bridge had collapsed after a truck belonging to a Chinese firm rehabilitating the Roberts International Airport runway fell into the river along with the bridge.

The Firestone rubber plantation, where the bridge is located, had earlier issued a warning directing trucks with heavy loads to avoid using that route.

Since the collapse of the bridge, there have not been visible efforts by the government, the Chinese firm responsible for the collapse, or Firestone to rebuild the structure.

In a press release last year, Firestone said it would work with the government and other partners to get the bridge reconstructed.

In a recent Bush Chicken interview, Rep. Tarponweh said the only reason why the bridge would not be rebuilt this year might be due to the rainy season.

While the bridge is down, many travelers see water transport as a much more affordable means of transportation than the alternative of motorcycle taxis.

Samuel Berrien, the Unification City mayor, told The Bush Chicken that recent canoe capsizing could have been avoided if travelers had listened to the local authority. Following the Dolo Town canoe tragedy, the mayor ordered all crossing points closed until the dry season.

â€œWe are not bending on our decisions. I think those at the Du River crossing point just want to pay deaf ears to our mandate,â€ he added.

However, Papa Jones, the coordinator of a canoe on the Du River, said he was continuing to transport passengers because their method is safe, given that passengers are equipped with life jackets.

Jones attributed the canoeâ€™s capsizing to poor visibility. He said the paddlers decided to cross people after 7 p.m. even though he has a rule that the latest possible crossing should be at 6:15 p.m.

â€œThe measure the authority made is not in the right interest of the people. You cannot automatically close all crossing points when this route is the only alternative for the suffering people,â€ he added.

Meanwhile, due to heavy pour of rain in recent days, the water has overflowed its banks, extending wide on the main road. The previous crossing point is no longer in use and locals are using a new crossing site that is almost two times wider than the previous length of the river during the dry season.