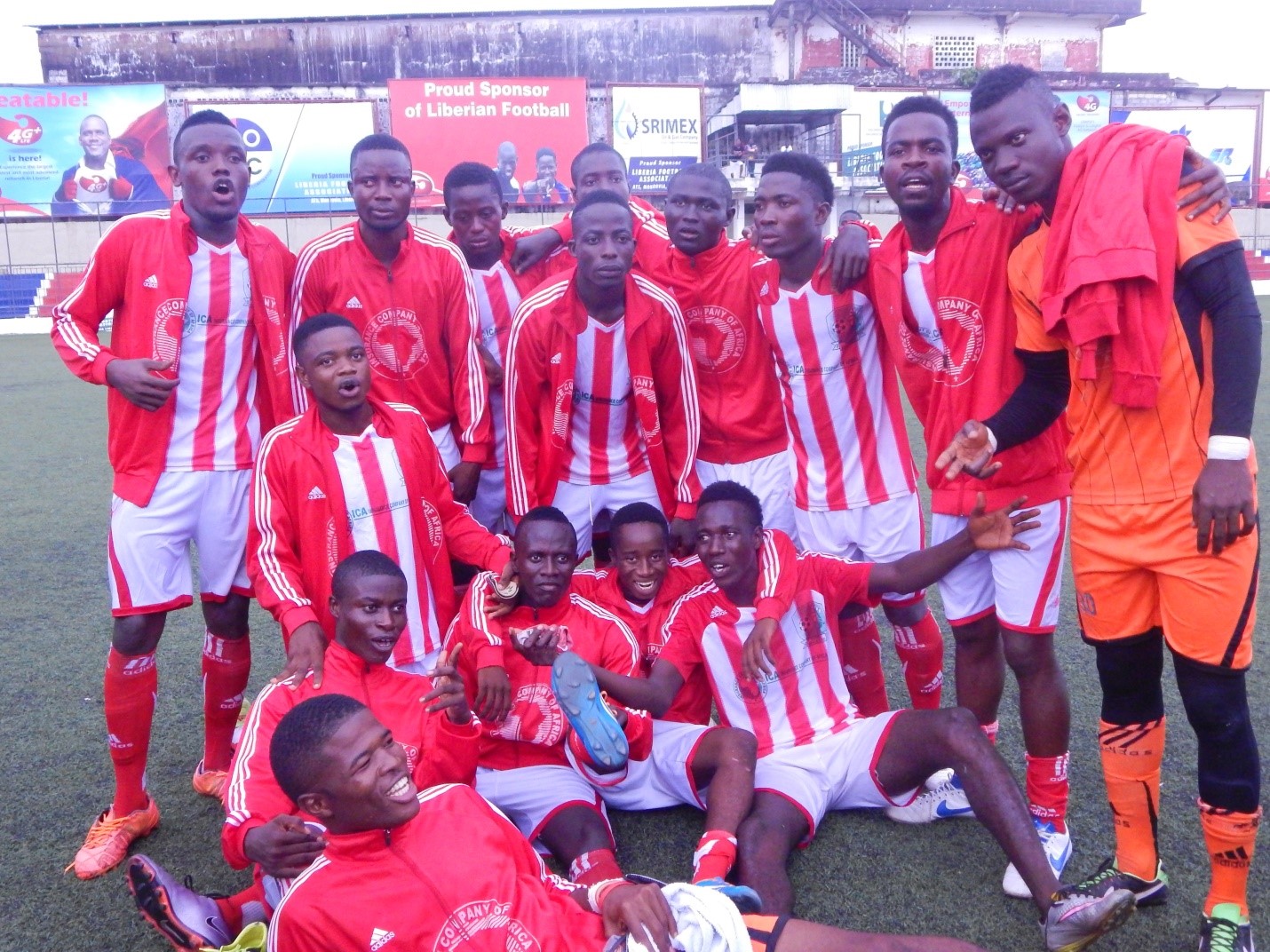 The match, played at the Antoinette Tubman Stadium, allowed Harbel Athletics to advance to the second round of the Liberia Football Association 2016 Knockout Competition.

When Harbel Athletics was drawn against BYC, the third division club was not only expecting one of their biggest match day, but also one where its players would showcase their talents to football fans in Monrovia.

BYC had proven to be a formidable team in Liberian football this season with an undefeated league record. After twelve matches played, the â€œGo Blue Boysâ€ had recorded nine wins and three draws. Their consistent wins have kept them on top of the league table with 30 points.

Accordingly, pundits and fans had high expectations for BYC in the match, as many expected BYC to bulldoze over a side playing in the third tier of Liberian football with dozens of goals.

However, the Antoinette Tubman Stadium became the scene of jubilation for the fans of Harbel Athletics, many of whom had traveled with the club from Margibi County.

BYC head coach Cooper Sannoh might have overlooked his opponents and did not feature some of his key players. Goalkeeper Mulbah Urey, midfield trios Benjamin Gbarmy, Gideon Williams, and Junior Barshall, as well as lead striker Mark Paye, were all left out of the starting eleven.

With notable key players out of BYCâ€™s squad, Athletics seized the opportunity as the underdogs battled BYC throughout the game, posing threatening attacks and preventing BYC from scoring.

After an entertaining, yet scoreless 90 minutes, the match moved to the penalty shootout to decide the winner.

Athletics goalkeeper Lawrence Quaye made a name for himself when he denied BYCâ€™s Alvin Marconell and Sylvanus Morris to help his side grab a win.

Athletics’ head coach Wallman GoyanvatorÂ described the match as difficult for his side. He further praised his players for their bravery against a formidable opponent and fired out warnings to remaining teams in the competition.

â€œYou all know the strength of BYC,â€ he said. â€œThey are very good in the league this season. Winning against them, especially as a third division team, is a very special feeling. We came as a team and played as a team.â€

â€œFor now, we donâ€™t know who we are meeting in the next round, but I can tell you that whosoever it will be, they have to be careful because we want to win every game in this competition,â€ GoyanvatorÂ challenged his future opponents.