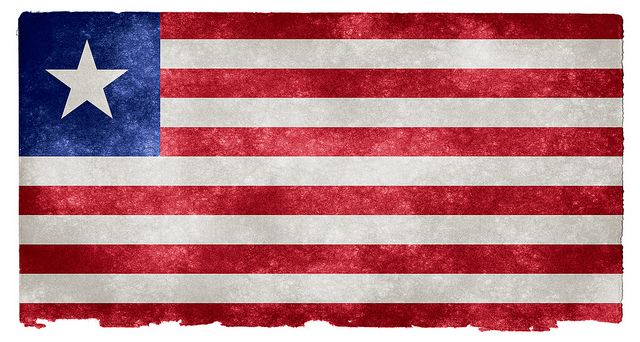 As an American living in Liberia, a country whose modern-day existence is due to the historical decisions of people in my country, most of whom never visited Africa, I am keenly aware of the tenuous historical ground on which my current existence stands.

Almost 200 years ago, Liberia was conceived and formed by foreigners with little knowledge of West Africa and it remains to a large extent beholden to foreign aid workers who could not figure out how to navigate their way from Mamba Point Hotel to an emergency Ebola meeting at the Ministry of Health if required to rely on public transportation.

However, the reality is that such a scenario is virtually unfathomable; I previously lived with an American who declined company housing at his office to live with a significant other but was nonetheless provided with a car and driver to take him to work each morning, a perk much greater than those available to countless of his local colleagues as they jointly undertake the herculean task of redeeming the public health situation in Liberia.

One would think that almost everyone living in Liberia, whether foreigner or indigenous, is aware that the country suffers from the interventions of outsiders trying to do essential work on the cheap.Â  This is as true of the American Colonization Society in the 19th century as of theÂ Economic Community of West African States Monitoring Group in the 20th century.

Yet I was taken aback when recently, before being abruptly effectively evicted from my residence, for seemingly no other reasonÂ  than that I was in the way of refurbishments required by an incoming tenant, I got into a heated exchange with an electrician barring entry into my bedroom.

At one point during the exchange, the electrician told me to â€œgo home.â€Â  The irony of the comment was completely lost on me at the moment of delivery.Â  It was only on his way out of the house, when he made a parting jab, â€œthis is Liberia, OK,â€ that the real nature of his comments hit me. The apartment in a state of renovation before the end of the lease. Photo: Brooks Marmon

I am the national of a country that partially assumed responsibility for Liberia, while never fully embracing it, leading to devastating consequences.

For many of my fellow citizens, this brings, to varying degrees, a sense of guilt.Â  Between a brunch buffet at Flowers Restaurant, cocktails at Anglers under the shell of the Executive Mansion, or at trivia night at Fuzion across from the site of a major war-time massacre, Americans and foreigners of other Western nationalities who normally spend their big bucks at Lebanese establishments can also be found empowering Liberians by periodically patronizing NGOs that help sell goods like handmade Liberian clothing – for which the Westerners, ironically, often haggle and bargain for with the greatest gusto.

The cumulative impact of this behavior breeds widespread disgust.Â  It leads to a situation where, at the doorway of their own bedroom, one is vehemently advised by a stranger to go home â€“ just as decades ago it lead to the imposition of “hut taxes” and local administrators by distant authorities seeking to extract revenue.

It leads to a situation, where I was harassed out of my residence, yet now face the threat of legal action by the Ghanaian-Liberian landlord and her Western boyfriend â€“ just as decades ago the League of Nations attempted to end Liberia’s sovereignty amid allegations of involuntary servitude while hypocritical Europeans were engaged in brutal colonial labor practices across the continent.

Liberiaâ€™s history undoubtedly informs its present.Â  Keeping history in perspective is a challenging task and learning the lessons of history seems to be even more impossible.Â  As G.W. Gibson, Liberiaâ€™s last American-born President, once observed, the nationâ€™s â€œvery existence depends largely upon the efforts put forth to scatter the rays of intelligence throughout the length and breadth of this country.â€Â  However, as the results of the University of Liberiaâ€™s 2013 entrance exams show, much work remains to be done.

In 1887, E.W. Blyden, widely regarded as Liberiaâ€™s most respected intellectual, lamented that Monrovia was plagued by â€œconstant intercourse with foreign manners and low foreign ideas.â€ Â Between no-notice evictions, controversy over dual citizenship, and expensive aid programs that make little impact, it is evident that more than a century later, scant progress has been made in resolving the dilemma of the nation that in the words of the late Dr. Clarence Zamba Liberty, â€œwas conceived in controversy, nurtured on controversy, and developed in controversy.â€