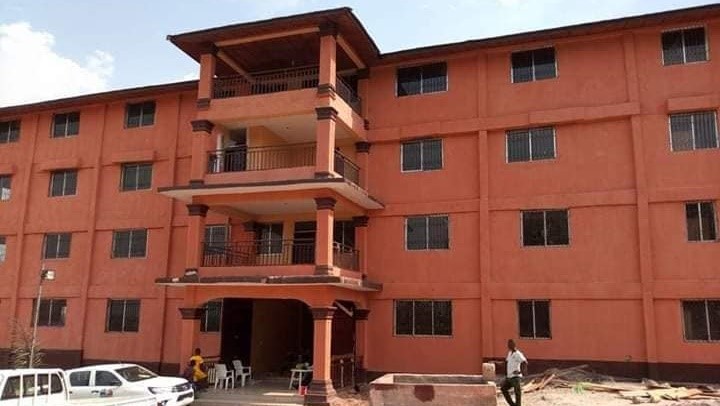 GANTA, Nimba â€“ Â Nimbaâ€™s Sen. Prince Y. Johnson has announced that all is set for the opening of his polytechnic university in Ganta.

Named the PYJ Polytechnic University, the institution is one of the pillars of the PYJ Education Foundation. Johnson broke grounds for the US$4.5 million project back in 2015 with a promise to use the facility to train young Liberians in different professional disciplines.

A recent tour of the facility given to journalists revealed that the school is now at its finished stage, and about to be opened. The facility will host the universityâ€™s main offices, living spaces for staff and students, a grocery store, a cafeteria, and basketball and volleyball courts.

According to an informational brochure distributed by the school, the institute will offer bachelor’s degrees in six colleges and technical and vocational education programs. The school will offer training in nursing, public health, civil and mining engineering, information technology, criminal justice, theology, and many other disciplines.

Johnson, who is the chief executive of the PYJ Education Foundation, confirmed that everything needed for the operation of the school has already been brought into the country and by September, the school will commence active operation.

“As you can see we have done almost everything, including the teachersâ€™ quarters for our professors and dormitories for our male and female students,” Johnson said, although he declined to answer other questions related to the school.

He told The Bush Chicken that university envisions creating a learning community where students will not have to leave campus in order to purchase needed items because the university will operate a grocery store and other essential facilities on its campus.

“We will have everything so that our students and staff don’t have to travel long distances in search of common things to buy,” Johnson said.

The university has not revealed what it will charge students and it is not yet clear whether the National Commission for Higher Education has approved the institution to operate, although Johnson promised that Ministry of Education officials would attend the schoolâ€™s opening ceremony.

Sharing
Tags Prince Johnson
Contributions to The Bush Chicken are not tax deductible.