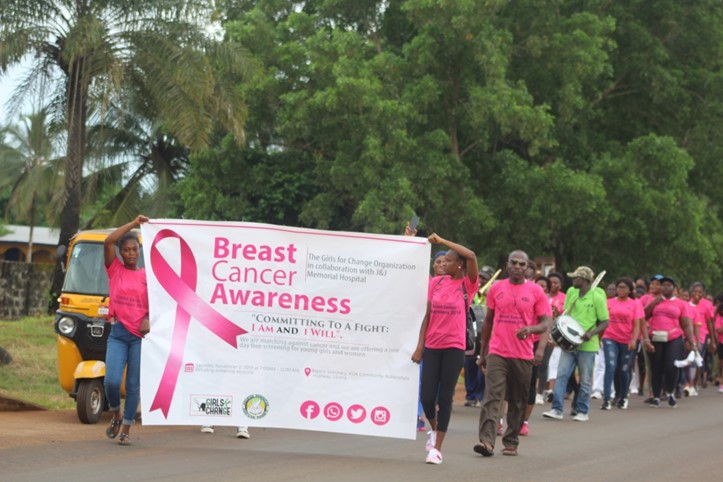 VOA COMMUNITY, Margibi – In the wake of a World Health Organization report that there were 414 new cases of breast cancer and 231 deaths in 2018 in Liberia, two organizations have launched an initiative to help raise awareness and funding to support female victims.

In 2018, breast cancer was the second most occurring form of cancer after cervical cancer. Girls for Change, a local not-for-profit, non-governmental organization that is working to empower teen mothers through free education, recently collaborated with the J & J Memorial Hospital to launch this initiative.

The initiative was formally launched on Nov. 2 during a breast cancer awareness program jointly organized by the organization and the hospital in the VOA Community, located on the RIA Highway.

The organizers’ goal is to raise US$10,000 to support 100 female victims to undergo routine mammogram tests at the John F. Kennedy Memorial Medical Center in Monrovia.

Girls for Change’s executive director, Ora Barclay Keller, told The Bush Chicken in an interview that she was motivated to jointly organize the initiative because she believes that good routine health was the first step in helping women combat breast cancer, and in achieving the overall goals of her organization.

Keller said breast cancer statistics are likely higher as they do not account for those contracting the disease in rural communities, where there is often limited knowledge of the disease or how to prevent it.

“There are plans by Girls for Change and J & J Memorial Hospital to extend the awareness campaign to other parts of the county,” she added. She believes that by creating awareness about the disease, women will be helped to understand the danger, but also how they can know their status. 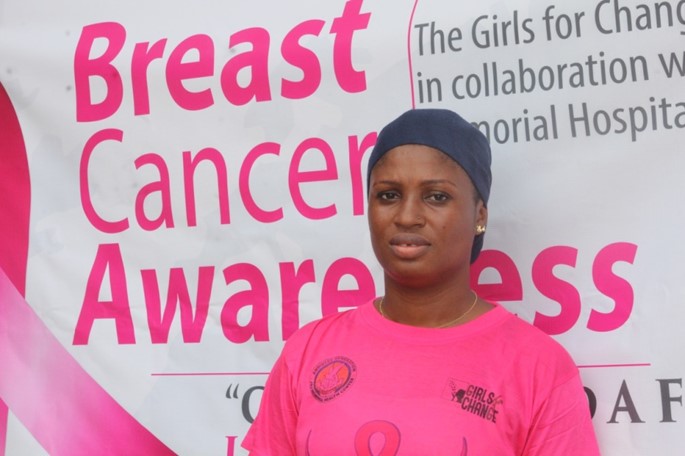 For her part, the owner of the J & J Memorial Hospital, Yatta Sackie Wapoe, said the awareness campaign was also geared towards erasing negative perceptions that breast cancer is associated with witchcraft.

“We are trying as much as possible to enlighten the minds of women that the disease is medical,” said Wapoe, who is also the county health officer for Montserrado.

Wapoe encouraged women affected by breast cancer to seek early treatment as a means of reducing their vulnerability and increasing their chances of recovery and survival.

Since the opening of the J & J Memorial Hospital in 2017, at least 10 cases of breast cancer have been diagnosed at the facility and subsequently referred to the Jackson F. Doe Hospital in Nimba, she disclosed.

“Most of the cases were severe because they came in very late at the facility,” she revealed.

She said that because of the alarming figure of women affected by the disease every year, the need to tackle breast cancer could not be overemphasized. It must be considered as a national health emergency, she insists.

Miatta Gbanya, a consultant at the National Malaria Control Program who addressed the gathering as keynote speaker, recounted her experience of losing a dear friend to the disease a few ago, along with two other health caregivers who also died to the disease between June and September last year. Gbanya, therefore, admonished her audience to seek early diagnosis.

“There are many more unreported deaths out there,” she said. “The battle against cancer is not an easy one, and there are many persons in the country dying from the disease.” 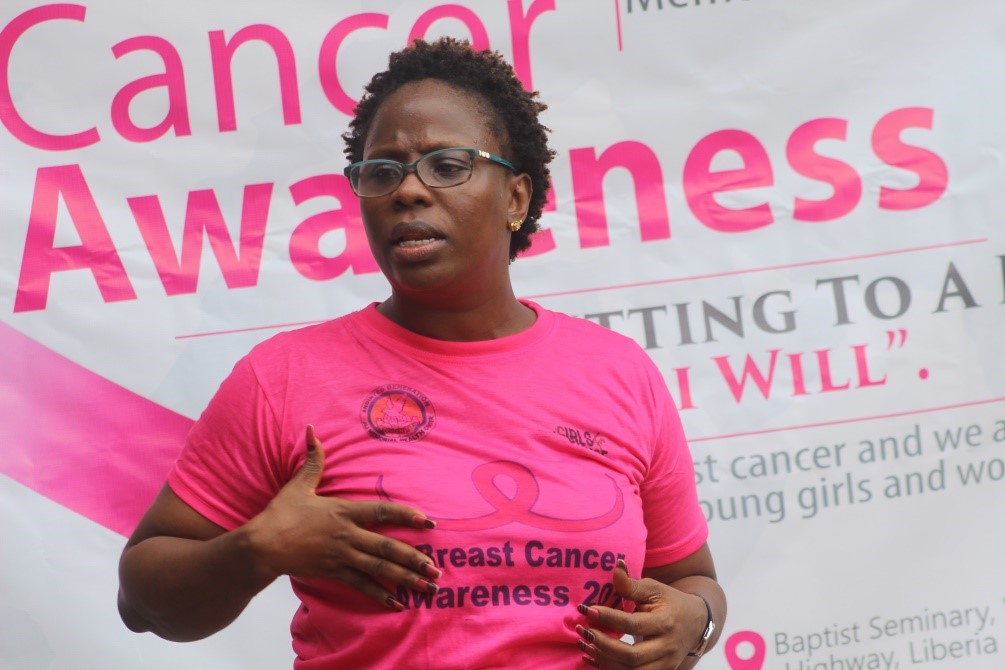 She attributed breast cancer two significant factors, including women seeing their menstruation early in their teen. Adding, “Liberia is losing many women to disease.” Exactly how these factors cause, are indicative of the disease, she, however, did not elaborate.

Gbanya stressed the need for services such as x-ray, CT scan, and magnetic resonance imaging tests for early diagnosis and treatment.

“Women can change the paradigm by remaining physically active, reducing their weight, avoiding excessive smoking and drinking and not exposing themselves to a lot of chemicals,” she also added.

Garmai Washington, a participant at the program, also narrated her experience during the program. She said her sister was diagnosed with the disease in 2009 and died 10 years later while seeking advance medical treatment in Ghana, simply because she was not diagnosed early.

She used her ordeal to encourage participants to be on the watch for early symptoms of the disease, as well as be supportive of relatives similarly diagnosed.