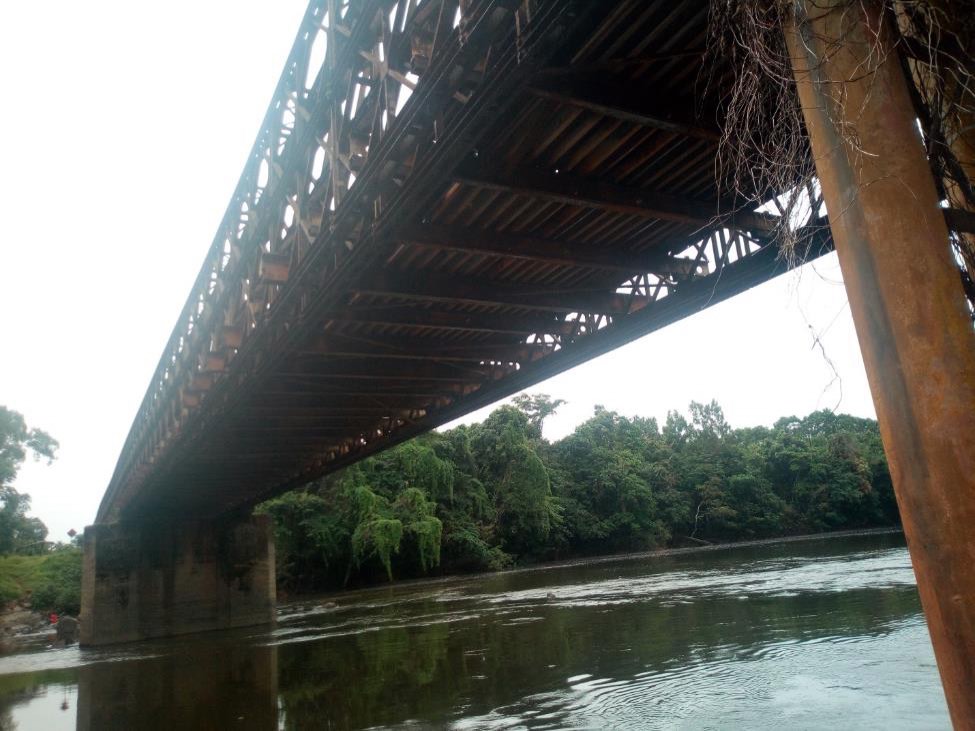 YARPLEAH TOWN, River Cess – Commuters traveling between Grand Bassa and River Cess should expect to see a delay in the resumption of regular travel, as the scheduled replacement of the 42-year-old Timbo River Bridge has been pushed back.

The bridge had become so damaged in June 2017 that it was declared unusable by River Cess county authorities.

In March this year, the site supervisor of Jupiter Construction, Napoleon S. Davis told The Bush Chicken that his company was awarded the contract to replace the bridge with a “more modern and guaranteed one.”

Davis said the work would last for three months – from April to June – before completion. However, work on the bridge has now been suspended. On Tuesday, July 31, 2018, Davis told The Bush Chicken via mobile phone that work was suspended due to heavy rains that have resulted in a high water table.

“The rain is too much, and we cannot continue the job,” Davis said. “To work under that condition would cost us much money, which the company does not have now.”

In May and June this year, Jupiter Construction conditioned three piers beneath the bridge, but the floor and beams of the bridge, which are corroded, are too dangerous for commuters and need to be replaced. Davis said the Liberia National Police and Community Watch Forum are regulating activities at the bridge to ensure that drivers are not unnecessarily risking their lives or damaging the structure. A pier being conditioned beneath the bridge earlier this year. Photo: Eric Doue

“We put a bar over the bridge to ensure that loaded vehicles offload before crossing over the bridge,” Davis said. “That is why the police and Community Watch Forum are there every time.”

During a tour of the site, River Cess Chief of Traffic Amos Tokpaqueh and members of the Community Watch Forum were observing and regulating movements on the bridge.

Davis told The Bush Chicken that all materials required to complete the bridge’s rehabilitation were in River Cess and that his company would commence work in October.

“We will start operation in October, and by February next year, we will complete that work,” he added. “We will be working on two bridges; those are the Timbo and Cestos bridges.”

Constructed in 1976, the bridge forms the boundary between Grand Bassa and River Cess and also connects the southeastern counties to the rest of Liberia.

During the voters’ registration in 2011, the bridge became severely damaged, resulting in the death of one person and injuries to several others. Then, the government, in collaboration with logging companies in River Cess, performed some repairs.