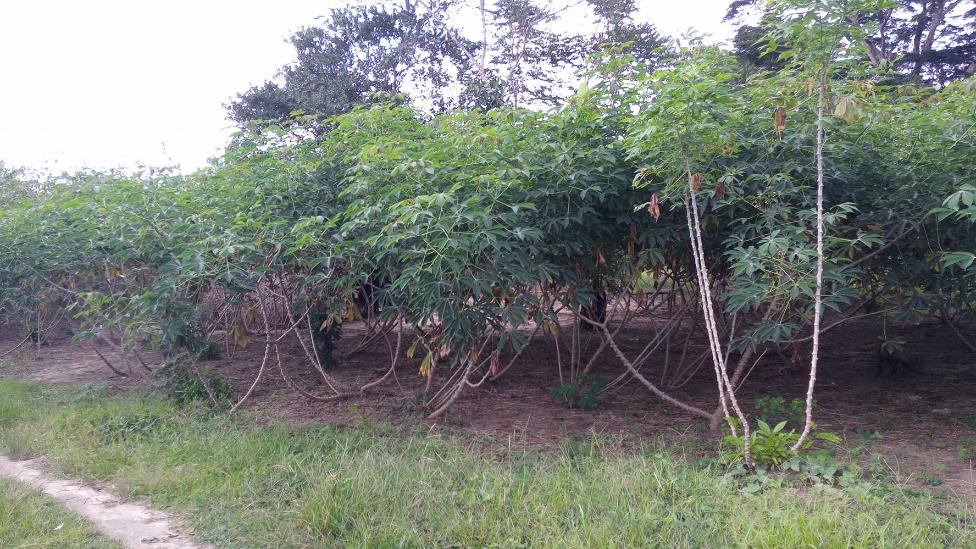 GBARNGA, Bong â€“ A group of young people in Massaquoiâ€™s Village, Bong County, have embarked on cassava farming to improve the living standards of inhabitants within their village.

With a population of no more than 100 persons, Massaquoiâ€™s Village is situated along the highway from Monrovia, immediately after the bridge between Cuttington Universityâ€™s main campus in Suakoko and Gbarnga.

Moses T. Tokpah, the secretary general of Vision Change Organization, recently told The Bush Chicken that the motivation to farm was generated from a leadership and community initiative training that he and the groupâ€™s president, James P. Sumo, attended in August of 2016.

When they shared the idea of engaging in agriculture, particularly cassava farming, with other youth of the village, the response was positive and many of the young people helped to clear the farming sites offered by elders of the village.

â€œWe started our farm late last year, as you can see, we now have three acres of land planted with cassava,â€ Tokpah said. Tokpah said the different varieties of cassava they planted were provided by the Central Agricultural Research Institute, Liberiaâ€™s only agricultural research institute.

The cassava is expected to be ready for harvest in December this year.

â€œOur dream is that we do this cassava farming on a large scale to raise more money from the produce to help ourselves in this village,â€ Tokpah explained. â€œFew of us here as youth have graduated from high school but we are unable to further our education due to the lack of money. Even our houses, most of them are now leaking because it has been a long time since our parents built them.â€

Tokpah also shared that there are no hand pumps or latrine facilities for residents of the village.

He believes proceeds from their farm would help them mitigate some of the challenges they are confronted with in regards to safe drinking water, latrines, and shelter.

Meanwhile, the chair of the youth group, Mamie Smith, has launched a passionate appeal to agro-based and philanthropic organizations and individuals to help procure a cassava processor for them. Smith said they want to convert the cassava into gari, a dried and grated form of the cassava, which would be packaged for sale.

â€œFor us to get money from this farm, we need to produce gari and transport it to Monrovia and other places for sale,â€ Smith continued. â€œThe gari is sold at a much higher price on the market as compared to selling the raw cassava or making fufu.â€

She pleaded for opportunities to link them to markets where their produce will be easily bought to avoid wasting the farmâ€™s produce.

Smith also expressed optimism that agriculture can help alleviate them from the current living conditions to a more improved quality of life.