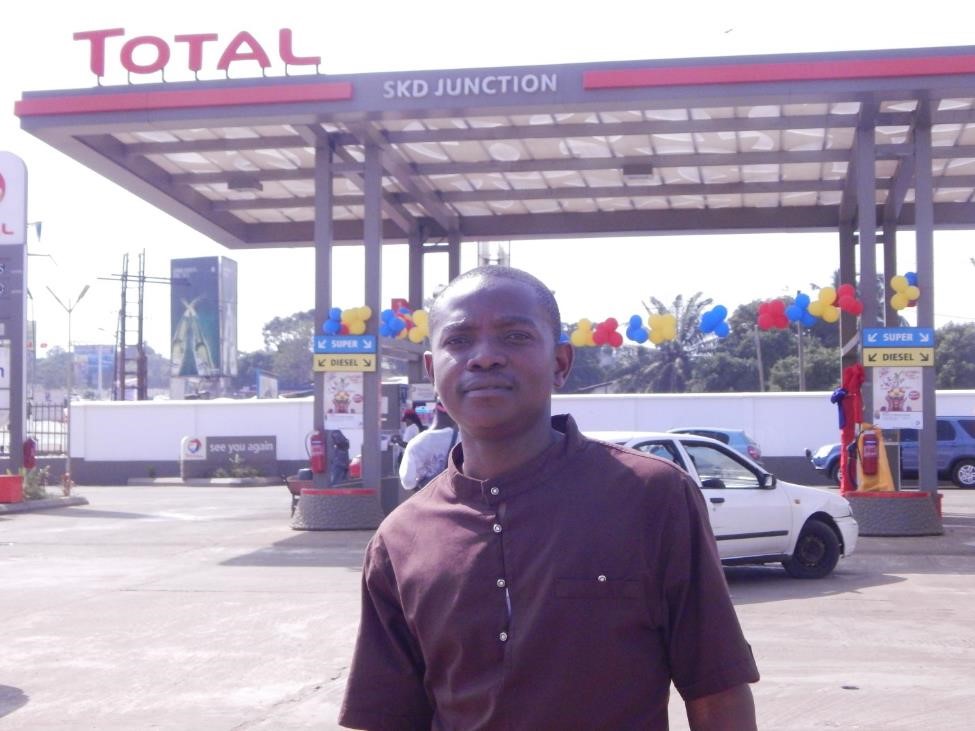 CONGO TOWN, Montserrado â€“ Liberia’s national team may have failed to qualify for the 2017 African Nations Cup hosted in Gabon, but Total Liberia will sponsor two lucky fans to watch the final game of the competition that will be played Feb. 5 in Libreville.

Francis Quarshie, along with one other person of his choosing, will have the opportunity to watch the championship game after winning a raffle draw conducted by Total Liberia.

In 2016, the Confederation of African Football announced Total as its official sponsor for the next eight years.

Francis, who entered the raffle draw by purchasing US$20 worth of gas from the Gardnesville branch, eventually became the winner after an open selection process at the SKD Filling Station located in Congo Town.

Among those present at the program were officials of Total Liberia and representatives from the Liberia National Lottery Authority.

â€œIâ€™m so excited about the whole thing. Iâ€™m one of the people that usually buys from Total,â€ Quarshie said.

Quarshie, who said he has been a regular Total customer for over five years, said he could not believe the news until he heard the voice of ELBCâ€™s radio announcer, Quincy Terrance Juwle, popularly known as Quincy T, confirm the news.

â€œI was using my phone to do my assignment. When the call came in, I was so hesitantÂ but opted to answer.Â  When I was told, I didnâ€™t want to believe it at the moment because I bought only [one] ticket. When I heard Quincy Tâ€™s voice, I felt so excited,â€ Quarshie explained. â€œBravo to Total for turning this dream to reality,â€ Quarshie said. â€œThis is something I havenâ€™t done in my life. I bought just a product and was givenÂ aÂ ticket, so it is a big surprise. Iâ€™m happy that I am going to witness a live final of the competition.â€

Quarshie will depart the country on Feb. 4 and return on Feb 6 immediately after the final.