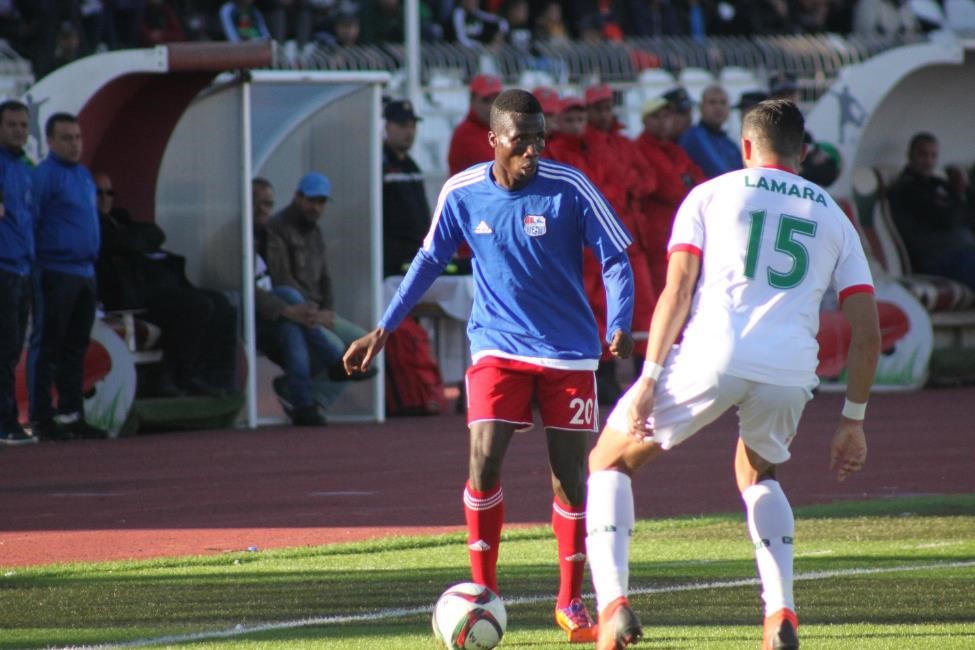 Both of Liberia’s representatives in the first leg of continental club competitions have bowed to defeats away from home.

The 2018-19 continental football competitions began on Tuesday, November 27 with LISCR FC being among the clubs playing on the opening day of the competition. The Shipping Boys played away at USM Bel Abbes in Algeria in the Confederation Cup while Barrack Young Controllers played on Wednesday, November 28 in the CAF Champions League against Horoya AC of Guinea.

Just as they were humiliated in their last away game in continental football, the Shipping Boys failed to perform away from home. They were defeated 4-0 by Algeria’s USM Bel Abbes, a team that is struggling in the relegation zone of the Algerian League. A brace from Mohamed Seguer, and goals from Hamza Belahouel, and Larbi Tabti were enough to help USM Bel Abbes grab a comfortable 4-0 win over LISCR FC.

LISCR FC began the match on a positive note with early attacks which gave fans hopes of a win or draw away from home. The Shipping Boys had the first attempts on goal and had the first corner in the match.

However, after a few minutes of dominance, the Algerians took control of the match and kept LISCR FC under pressure until scoring their first goal in the 21st minute. Hamza Belahouel scored from the penalty spot to put USM Bel Abbes ahead. Abbes defended their one-goal lead until the end of the first half as LISCR FC went to the break down with a goal.

Hoping to get the score leveled in the second half, LISCR FC failed and conceded three extra goals in the last 13 minutes, as they bowed to an embarrassing 4-0 defeat. Mohamed Sequer scored in the 76th and 80th minutes before Larbi Tabti scored in the 80th minute to wrap up the win for USM Bel Abbes.

LISCR FC will need at least a 5-0 win in the return leg on December 5 if they are to reach the first qualifying round.

The 2018 Liberia FA Cup and First Division League champions showed they were a top side by holding the Guineans to a goalless first half draw. Barrack Young Controllers prevented the Guineans from scoring until the 52nd minute, when Burkinabe striker Dramane Nikiema got the only goal of the match.

The Go Blue Boys might have a mountain to climb against a side that reached the 2018 CAF Champions League semifinals, but their shock qualification against Ghanaian giants Asante Kotoko in 2014 makes many believe that they can overturn the one-goal deficit when they played the return leg on December 4 at the Antoinette Tubman Stadium.