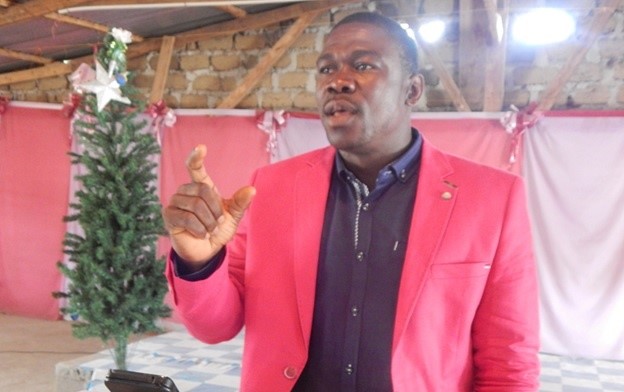 GANTA, Nimba â€“ The Chief Executive Officer of Alvino Enterprises, Prince Howard, has vowed to create more than 400 jobs opportunities for Ganta youth shortly, in the wake of the September 30 mob violence that was led by mostly young people.

Speaking to a crew of journalists at his vandalized Alvino Hotel in Ganta, Howard said that the lack of job availability for youthÂ in the country has led them to violent and criminal acts.

â€œThis is the time that we need to always report to our citizens,â€ Howard told reporters. â€œAs people who tried to bring development to their people, we have been wrongly understood about the role we are playing in the development of Ganta, Nimba, and Liberia as a nation.â€

Howard noted that as a son of Nimba, he is committed to the growth and development of Liberia. Although his hotel was the target of the September 30 mob violence that arose in retaliation to a ritualistic murder, Howard said he will not be deterred from his vision to provide development initiatives to the people of Nimba.

He said he was undeterred by the loss he experienced, adding, â€œYou have to experience loss sometimes as a great person, after which you have to continue with life.â€

â€œToday, Alvino Enterprise has brought in some industrial machines that will be used to provide more than 400 jobs for the youth of Ganta,” Howard said. “Job security is what the youth need at the moment to erase from their minds the act of violence.”

Commenting about the mob violence, Howard said he was disappointed that the people of Ganta were quick to identify him as the mastermind of the ritualistic killing.

Howard had several of his properties damaged following the mob violence that erupted in Ganta. He was accused of engineering the killing of a motorcyclist, NyahÂ Domah, whose body was discovered early morning on September 30 along the Methodist Football field in Ganta. The body was discovered with several wounds that were indicative of a ritualistic killing.

Following a month of police investigation, Howard was declared innocent after police reported that they did not find any evidence linking him to the allegations levied against him by one of the murderers, Bill Laurise.